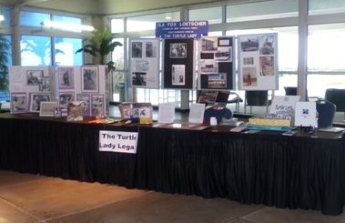 From the very beginning of its inception, The Turtle Lady Legacy has done much to establish itself as a recognizable presence on South Padre Island in order to promote its mission to share Ila's role in sea turtle conservation.  By participating in community events and engaging with Island locals and visitors alike, the Turtle Lady Legacy became a familiar voice not only for Ila's memory but for sea turtle awareness as well. 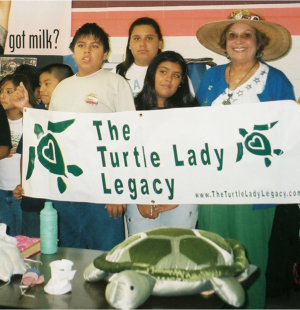 For years, upon request and at no charge, Mary Ann Tous provided presentations to interested groups in the South Padre Island area.  She visited schools, libraries, museums, service organizations, and local nature groups where she brought Ila's mission to life with her interesting visual aids.

For Mary Ann, it has been very gratifying to see such public interest in what Ila had accomplished and to know that the spark which was lit so many years ago on a little barrier island off the coast of Texas continues to burn brightly.