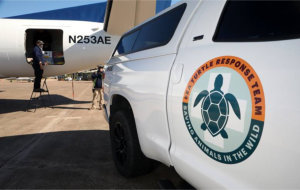 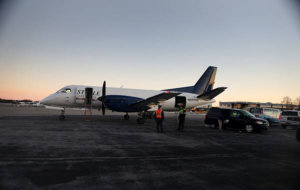 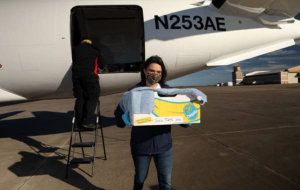 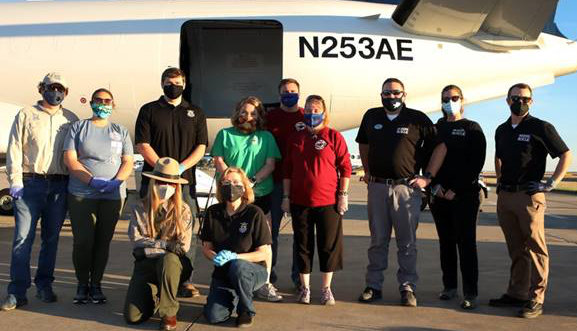 During the latest cold stunning events whereby many sea turtles were caught unaware when the ocean temperature suddenly dropped dramatically, it was apparent that there were several organizations and groups willing to help with the urgent rescue operations needed to save thousands of the helpless flippered creatures.

But whereas everyone who participated in the Great Rescue deserves an abundance of heartfelt gratitude on behalf of the sea turtles who survived because of these extraordinary efforts, there was one organization which stood out to us as being especially connected to the Turtle Lady herself.

Turtles Fly Too provides much-needed and, oftentimes critical, air transportation for endangered sea turtle rescue operations.  Most notably, by flying the turtles to their emergency care, travel time is shortened and therefore stress on the turtles is reduced as a result.

Before she was known as The Turtle Lady, Ila had earned the distinction of being one of the first licensed pilots in the country and was a subsequent longtime charter member of the 99s, As a flier herself in addition to being a pioneer in sea turtle conservation, Ila surely would have been thrilled that Turtles Fly Too embodies two of her passions into a single strategy of sea turtle rescue.  And what many people may not realize is that at least two other women on Ila's team in the early days of Sea Turtle Inc. were pilots, too, so the association between pilots and sea turtle conservation goes back several years on the Gulf coast of Texas.

The significance of Turtles Fly Too, in our view, is that this amazing group and their wonderful volunteers have successfully utilized flying as a phenomenal resource for the rescue of countless sea turtles in cooperation with such organizations as the National Oceanic and Atmospheric Administration (NOAA), US Fish and Wildlife Service, and the National Park Service, among others.